Elteria Cataclysm – main story before the time of the game. It describes how Elteria Hearts was formed, and tells backstory for main NPCs, and much more lore of Elteria. 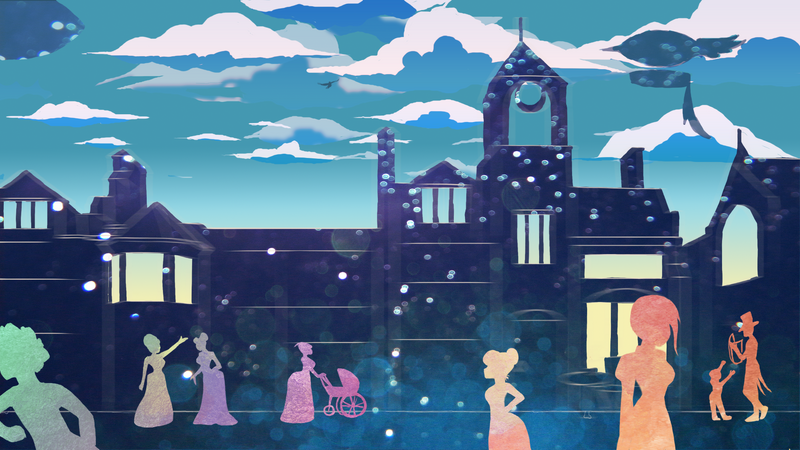 Elteria once was a beautiful world inhabited by all kinds of people. It was a place similar to Victorian London – bubbling with life and constantly evolving. But everything changed with the discovery of new properties of the very fabric of reality. Civilized world was swept away by Magic Rush – every scholar dived into the new branch of science trying to make a breakthrough.

No wonder – humanity was given a chance to explore other worlds by pulling in small pieces of them. One world, in particular, was notably different. You couldn't enter or even see it, but even the smallest portals to this world were gushing with strange energy–infused matter. These astounding gem–like artifacts refused to obey the known laws of nature, granting unthinkable before miracles – real magic to mankind. This world was simply named «Magic Dimension».

Society was on the verge of a new age, but no one could say what will it be like. Some wanted to use newfound wonders to help others, some wanted to colonize new lands. Some – to simply rule them all. 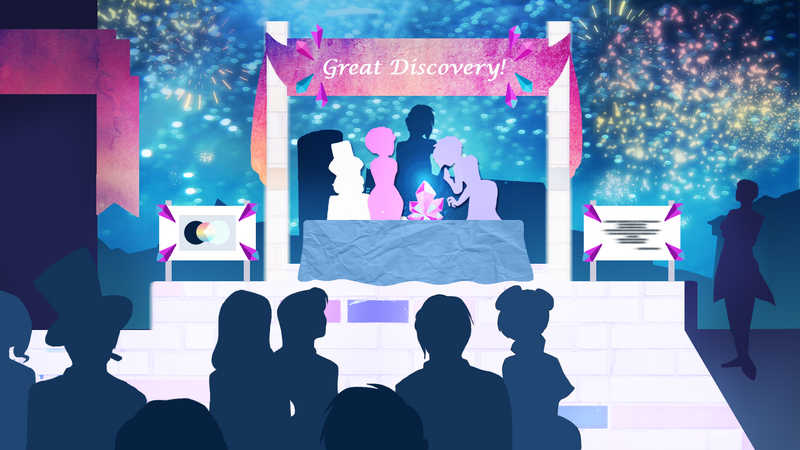 Nevertheless, the research continued, and several types of gem were identified:

A prominent scientist at the time, master of dark magic and fire sorcery, proposed to fuse gems of all kinds into one – the Harlequin Gem. According to her theory, such object combined with a sophisticated system of gem drainage would allow opening a stable rift between worlds, giving pretty much an unlimited amount of energy. She wanted to create a utopia and to achieve this goal a research group was put together. Thus began the “Magical World” project. 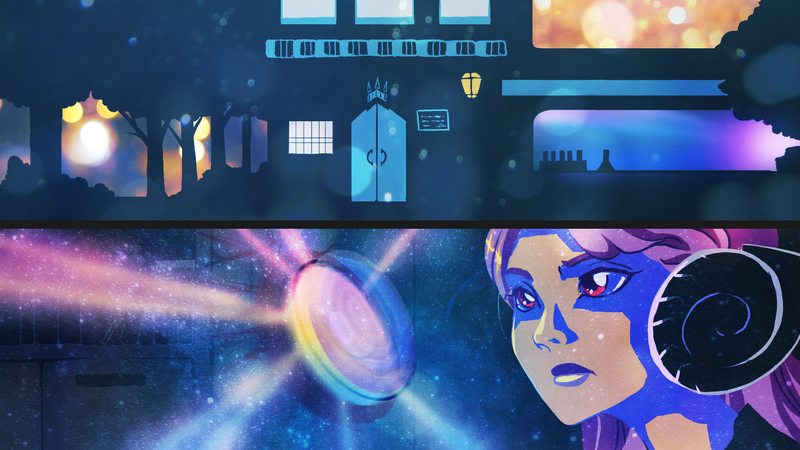 Months of thriveless attempts passed before they managed to open a portal large enough to create a semi-stable system, called Rift. Although it wasn't completely finished, the number of gems it was producing could solve the current energy crisis in Elteria once and for all. Well, only after scientists come up with an effective way of converting gems into usable energy. 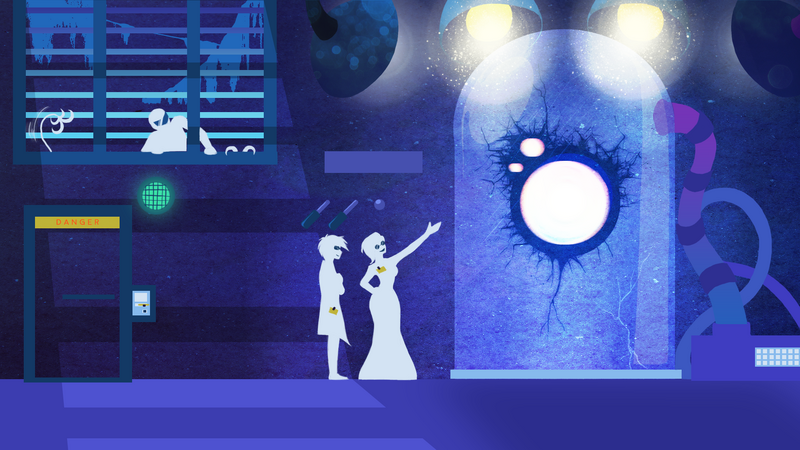 Little did they know – a different fate awaited this power. Leaders of underworld tempted one of the scientists with mountains of gold, and he couldn’t resist. When the Harlequin Gem was created, he let the mercenaries into the zone of the experiment in spite of its instability.

After seizing control of the facility, they began to pump out gems – as much as they could, ignoring the protests of scientists and expanding the Rift in the process. This led to its uncontrollable growth, which launched the process of self–destruction – built in by constructors as a last resort. Several people from the research team took advantage of the turmoil and were barely able to evacuate before the explosion. But even they were absorbed by the raging wave of power that came after. 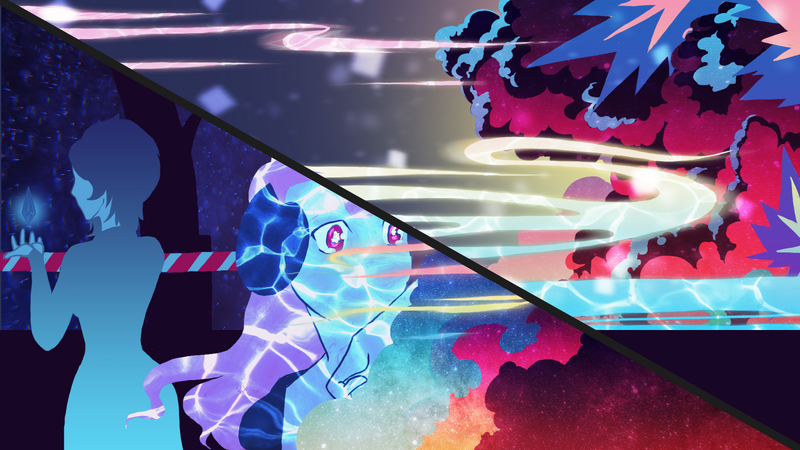 The fire blazed at the site of the laboratories day after day, with no sign of fading away. It was not an ordinary fire – the Rift remained open and was fracturing the world around.

The Storm was approaching.

When it came, the magic poured through the Rift, which in the course of time became larger and larger. Appearing out of nowhere streams of energy were filling the world with seething power. Humanity was panic-stricken, realizing that the world was changing once and for all. And mankind wasn’t ready for this change. 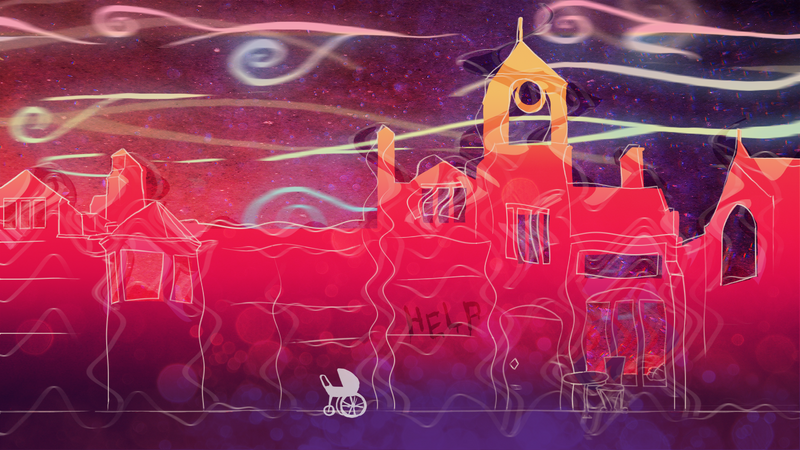 There was nobody to stop it – those few, who possessed the knowledge were forced to work for people in power – rulers, rich people, and criminal bosses binding their souls with Link Gems to various powerful magical items that could survive the magical apocalypse. It was a desperate compromise – though immortal, they would forever be imprisoned in the artifacts.

Instead of creating Utopia, promised almost infinite energy was directed toward the destruction of civilization. For humans, it was the Apocalypse, but the world itself had not disappeared. It was changing into something entirely different, and humanity was not ready. Civilization, culture, people were utterly gone. Years past Rift shifted. It became more like a magical web – made of fractures and completely merged with the world. World magical web. Now, every object could absorb energy and become something else. Only the size of the closest fracture would determine how much will something change. Now anything was able to develop magical properties.

Ecosystem adapted – some creatures disappeared, some – changed beyond recognition after absorbing enormous amounts of magic. Some were even able to interact with the magical web. With the time that ability transformed the web – it started to develop some primitive form of collective mind. Well it seemed like a primitive one, and mostly, individual animals behave normally by themselves like separate entities, but the ecosystem as a whole can respond to external threats and regenerate fast using web's magical powers. As a result, whole Elteria's ecosystem can be seen as some kind of an entity itself. 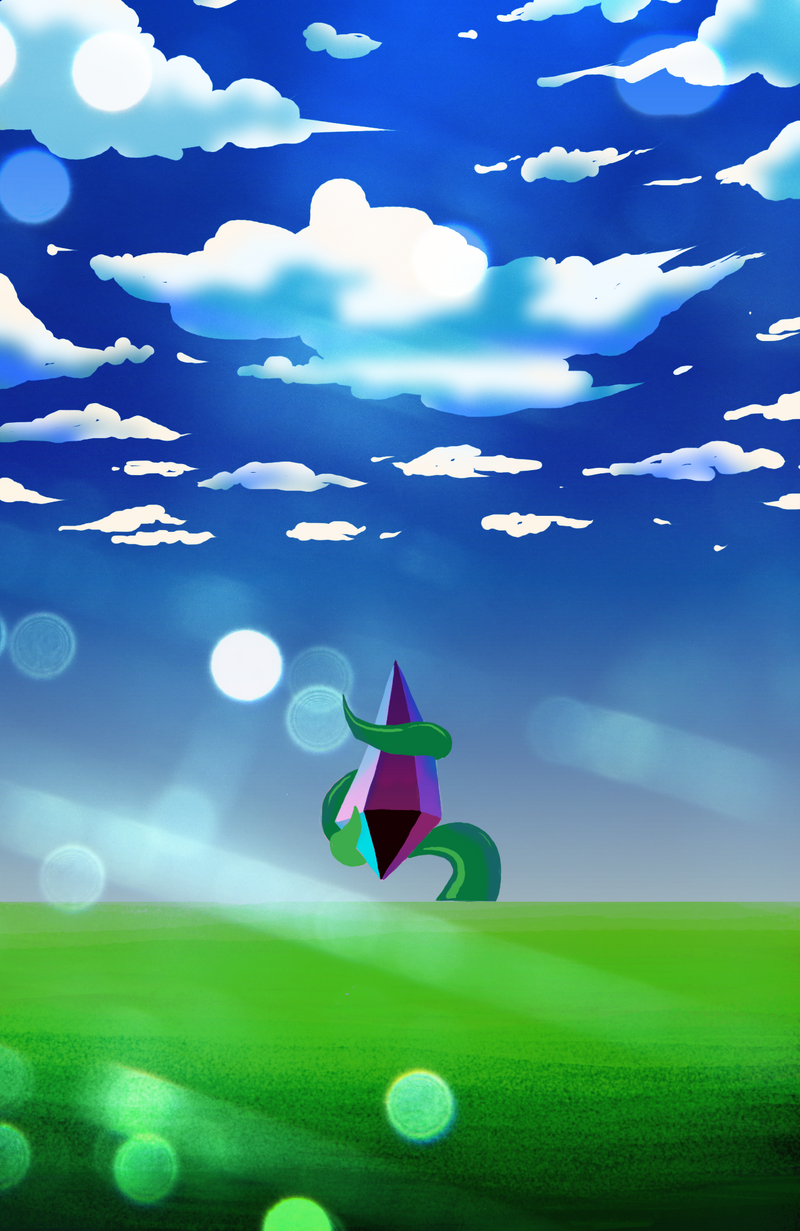 The inanimate matter also has changed. Places, where many "cords" of the magical web were connected, became a new kind of entities – Hearts of Elteria. These powerful crystals started to heavily affect their surroundings – this is how floating islands started to form. Decades later there was nothing but islands of various shapes and sizes, forming a vast floating archipelago.

Hearts are accumulations of the magical energy. Although they "control" their surroundings, they are not sentient. More like a physical phenomenon to reckon with. Energy-filled Hearts became the ideal place to form and sustain new kinds of life. They turned into some kind of limbo. There were primitive eddies of energy, doubtfully able to develop into something sentient, but more importantly, there was something else... Scientists, consumed by the first magical explosion, were imprinted into the magical web itself. Their consciousness was preserved. They found themselves in this strange state, in between life and death, partly as a force of nature, but still capable of independent thought. They were everywhere and nowhere at the same time – all Hearths were connected, and any soul could appear in either of them just by the force of will.

But they had a problem with one key thing – interaction with the outside world. Interaction in the usual, human way was impossible without a physical body. Although hearts had a major influence on their surroundings, souls had a very primitive and rough control over it. They're eternal, but inhuman existence changed them beyond recognition. They lost track of time and became obsessed with only one thing – to get out into the real world. Remnants of their scientific past allowed them to work out some methods of manipulation to affect the outside world. Although it would require a massive collective effort of will, they now had hope.

Souls started to open portals to other worlds. They reached thousands, but alas – only a few portals were able to let through some kind of liquid or a rock. But then, after countless attempts, came the day when they managed to open a new Rift – now, to a world with intelligent life. Through the portal came people.