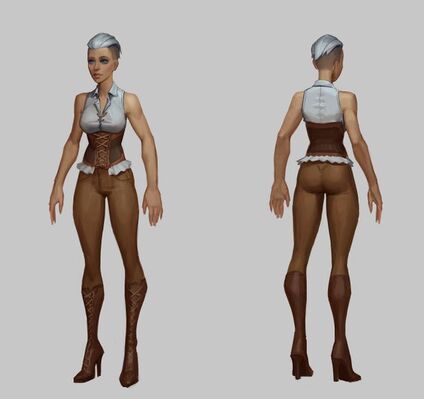 Concept of the Female Character 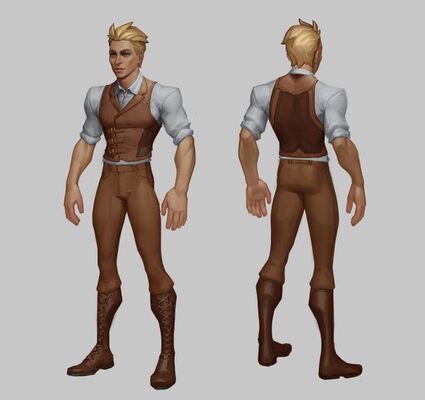 Concept of the Male Character

In the GUI, abilities granted by the callings are positioned on the left. The most basic ability of any character is Hand Punch

. It deals a small amount of damage and throws the opponent away. The character itself has no levels, but can increase the level of Calling and get more abilities this way.

The player can equip Artifacts in 5 different slots, altering their Hero's abilities and appearance. In the GUI, abilities granted by the artifacts are positioned on the right.

Beside basic jump and run, the hero can climb walls.

The player can equip weapons, armor and other various items to get more abilities or have additional bonuses to characteristics.

Character can be either in or out of combat. The state "in combat" is activated when the player takes or causes damage and switches to "out of combat" three seconds after the last hit.

All characters in Elteria are in the Exploration Mode by default. In it, they can gather resources, build and use buildings, hunt monsters and travel around. Their set of abilities is limited